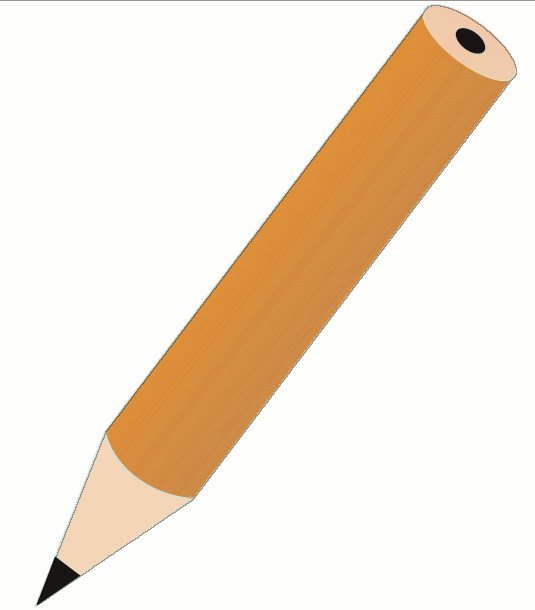 Reblogs (and the “old days”)

Most of you know me primarily through my reblogs. At one time, I wrote a few astrology forecasts per month. It was all fun, and sometimes I would write more than one per week and sometimes I went for months without a post and the blog seemed dead. Periodically, my content would be reblogged by The Halau or Hocus Pocus 13 but I did not know enough to even say “Thank You” in the early days. (And a “shout out” Thank You to both of them for their support of my work for many years.)

Eventually I learned not only the etiquette of reblogs but also some of the finer points of the art, and my blog became ten blogs of varying topics, my content deployment exploded, my traffic exploded, and my life changed in a truly fundamental way. Essentially, I became a “professional blogger” except I am not making money at it (yet).

If I could deduce a way to make a decent middle class to upper middle class living out of the process, I doubt I would spend much effort in the pursuit of anything else.  In simple terms: I like what I do. (However, financial constraints may yet force me to get a “day job” unless I can find a way to monetize the process, maybe becoming a KDP author (or publisher?) in the process.

Which almost brings me to the topic of this post: Markdown (and Markdown editors). But, I still have more background (which might interest some of my regular readers). If you read “Critical Comments” last month, then you know what I am writing here is a successor to that and very nearly a “diary entry.”

Some of my connectivity problems continue, and I suspect that the remaining problems have to do with neighbors who have occupied all of the available WIFI channels and beyond. This leaves me with a need for a newer better router (yet another router purchase), and I will likely upgrade my cable modem to a Docsis 3.0 16×4, maybe something like this .

I would rather wait for Docsis 3.1 modems to emerge.  I have watched this for months with much chatter but no actual hardware made available to the public  Thus I conclude that, since the Second Coming of Jesus Christ is likely to occur first, I must give up waiting on Docsis 3.1.  Maybe it is just more vaporware.

If you are not a technophile, or you are a technophobe, ignore the past few sentences. The rest of you understand that, overall, WIFI is beginning to fail as a standard in crowded urban settings and something beyond even 802.11ac will become necessary, probably something radically different (as different as USB is compared to the old RS232 serial ports for anyone that remembers those). Til then, I will have to find some way to hammer out a “limp by” solution just like others in my situation and hope that the cyberterrorists become too busy (dead, maybe?) to mess with us and disrupt our connectivity.

All of this (connectivity, bandwidth, computing power) is something I lusted after as a young man, and as other young people still do, but this technology is just a platform for deploying content: astrology for those who like it, photography, poetry, other writing, and sometimes other content.

In the final analysis of priorities, the existence of the technology is justified by the delivery of the content.

Which brings us, almost, to “markdown editors.” As you know from my previous post, I had three computers go down. One, a Mac, has yet to be salvaged or replaced. I do have other Macs, and I can limp by with them for “Apple only” type software tasks until I have a better solution. I pulled the hard drive from my Windows laptop and turned it into a Kubuntu Linux machine, and I am using that very machine to draft this entry. I attempted to setup a new Windows laptop for “Windows only” type software tasks, but it was an utter disaster in terms of connectivity. I finally had to give up on it and return it for a refund.

I am still contemplating options on how to handle that. I do also have a satisfactory Windows desktop (the successor of a lineage that produced my main blog, Grandtrines, from 2008 forward) as well as a very fast Kubuntu desktop (six cores; 16 GB RAM, SSD, you get the picture: FAST). Sometimes I use the Kubuntu desktop for WordPress, but mostly I use this old laptop I am using now.

In the process of switching about 98% of my computing off of Windows (after literally decades of using Windows, and DOS before that) in 2016, and moving to a mix of Apple (Mac + iOS) and Linux (Kubuntu, which is Ubuntu with the KDE desktop), I found I needed to add a series of tools that are not quite of the “standard” mix. Exactly what is “standard” for Linux is difficult to say though easier for Apple (in the Apple universe, if it is not part of the “App Store,” then it is not standard). But, in any case, that brings us to our main topic:

One family of software tools that has grabbed my attention is “markdown editors.” For anyone interested, I will list several that I am exploring here:

Apple (OSX or iOS) only:

Linux (and sometimes Apple or Windows or both)

I also play with other editors: Eclipse (almost never since I do not code much these days), Evernote and variants (Nixnotes), Scrivener (doesn’t everyone who is (1) over 18 and (2) does anything more than the most casual writing, poets excluded? (I hope you do not have to ask why poets are excluded.  If you do, then you do not know of all the legends about songs written on napkins.)  However, L&L has me worried because they ceased their Linux development and I (and others?) need that to ensure portability with Mac/Windows), LibreOffice, Microsoft Office (almost every variant but mostly either 2007 or 2010 depending on which machine I am on), and bunches of others. (OK, that might have been a “run on” sentence. But I am letting it stand. Complain if you must, grammar nazis.)

I am also a KM (“Knowledge Management”) explorer, but I mostly like Evernote and The Brain (and sometimes XMind which I have working under Windows and Mac but CANNOT get to work properly under Linux). I play with other KM tools, also, but most of them seem kind of clunky (e.g. OneNote is ALMOST t here) compared to Evernote and The Brain.

I am also intrigued by a rather interesting cross-platform notepad replacement: Deadbolt . Deadbolt’s primarily claim to fame is to make life unpleasant for snoops who do not expect fifty character (or longer) passphrases to protect private notes. <smile>

(I really like the idea of some cyberterrorist type spending weeks or months of their lives trying to break a note of mine only to find a grocery list. How much sweeter can you get than that? If more of us did that….)

Anyway, why FIVE markdown editors across three (four? five?) platforms? Because I will winnow them out over time and settle on one or two as a way to draft more content of my own for WordPress. And, if you have stuck with me this far on this post, let me offer that you might look into using a markdown editor to draft your posts offline and then just paste into the WP editor window. (This provides more creative control AND prevents lost material due to connectivity problems.)

Again, editors I am evaluating (and you might consider):

All of these have an intention to be “minimalist” editors with the goal of increasing writing productivity by eliminating distractions (unneeded “features”). This may, or may not, work for you. The Mac apps cost money and Ulysses is the most expensive (but has a strong “fanboy” (and “fangirl”) following). Typora is currently in beta but will be “for sale” at some point. Ghostwriter and Remarkable are open source (and can be “free” depending on your ethics / karma).

The downside: I have seen this pattern recur many time since the EARLY 1980’s (almost 1970’s). Wordstar had a somewhat similar marking system for bold and italics and such that predated the Internet (and links). It was supplanted by WordPerfect which users preferred because they thought it was cleaner with no “codes” (until the naive user discovers “reveal codes, and, to use a popular cliche, “there it is”).

Microsoft Word does the same thing but hides the codes better somewhere in RTF / XML. HTML used the same series of codes (bold, italics, etc.) but use of those codes was officially “deprecated” in favor of CSS (which did the EXACT same thing except made it more portable / flexible / complex). WordPress has the same scheme in their editor, and they are just hiding HTML (thankfully plain vanilla HTML which I can hand code as can many other) the same way Wordperfect did in the 1980’s (and still today). (Let us be clear: despite the popularity of CSS, MANY of us use the old HTML tags still, myself included.)

Markdown just seems like yet another variant in a long, long lineage of similar schemes, so “part of me” is VERY reluctant to invest too much time in it. Thankfully, the learning curve looks pretty flat, so maybe it is worthwhile. But, then, there is the learning curve of learning the editors (Byword, Ulysses, Ghostwriter, Remarkable, Typora) themselves well enough to evaluate them and discard them down to, say, two (one for Mac and one for Linux/Windows).

Despite my concerns about learning yet another tool that may soon be discarded in a long lineage of similar tools with the same recurring learn / master / discard drama, I think I am going to bite the bullet and learn markdown anyway.

Feedback welcome. Anyone else playing with markdown editors on WP?

Edit: (1) WordPress, itself, has an excellent little triple-platform editor called Simplenote (which can be very useful for keeping both (a) Markdown intended for publish; (b) more private notes about your writing not intended for publication); (2) “Remarkable” was a bit of a disaster for producing this blog post; Ghostwriter did a much better job (still have not fully tested Typora or the Mac apps).

Like so many people, I am a paradox. I am a politically conservative vegetarian. I am from a Christian background, and still tend to like those values, but am a metaphysical astrologer trained in science who has an interest in the magic of ancient Egypt and a weird belief that some piece of our essence can live on a server. I live in Texas, but like chatting with my international Wordpress pals the best. I learn by teaching. Technically, I am a "Leo," but I am very, very Aquarian with a dose of Scorpio. I bitterly complain about Algol (and Algol personaliites), yet it is the one star that defines me most (other than Regulus). (Which, oddly, makes me an Algol personality.) I am a reclusive lover of peace and quiet who has the Ascendant in the Via Combusta (the most conflict ridden part of the zodiac). I am an incredibly private person with a blog with over 800 followers and 50 to 150 regular daily visitors. I could go on, but I think you get the picture. View all posts by Grandtrines

4 thoughts on “Is Markdown a Curse or a Blessing?”

Mercury in Taurus trine Jupiter in Capricorn 10th May 2020.

Tarotscopes – From April 26th through May 2nd

For all things come to an end…. — Reflection of My Journey